Q. My husband and I are traveling to Rome soon. We need to coordinate with our daughter who is traveling up from Sicily. So we need to know whether to use our Sprint cellphone or if we should get something else. What would you suggest? Our daughter has an Italian cellphone, so we will be fine once we connect with her. Thanks for your help. I love your show.

A. Traveling internationally is a wonderful adventure. The fun diminishes, however, when you have to worry about cellphone compatibility and running up high phone bills.

Some people go on vacation and rack up phone bills in the thousands of dollars. They don’t even realize it until they get home. Don’t let this happen to you!

The main problem is trying to use American cellphones overseas. As soon as you leave the country, roaming charges kick in. Sprint, for example, charges $2 a minute to make calls in Italy. Yikes!

But the roaming charges are only part of the problem. There’s a good chance your phone won’t work over there at all. That’s because Europe uses the Global System for Mobiles standard for cellphones. In America, we use both GSM (AT&T and T-Mobile) and another standard called Code Division Multiple Access (Verizon and Sprint).

What you need is a tri-band or quad-band phone. Cellular providers also call these “World phones.” These phones work on American networks and European GSM frequencies. If you have an iPhone 4, it will work as well.

As long as you stay in one country, you don’t have to worry about international rates and roaming charges. Plus, if the phone is stolen, you won’t waste valuable vacation time taking care of security issues; you’re just out a few bucks.

If you need more minutes, you can refill the phone at any time. This can be done in any store or from the phone itself. Just be aware the phone-based refilling procedure will be in another language. If your Italian isn’t fluent, you might be better off finding a store clerk who speaks English.

You can use the prepaid phone until you meet up with your daughter. Then keep it as a backup phone. It will come in handy for calling the hotel or checking reservations.

Now, while prepaid phones are handy, they tend to be basic models with limited features. Not all of them support text messaging, for example.

Text messaging is an especially good thing to have. You might need to send a message in a museum, restaurant or on a subway. Talking on the phone often isn’t allowed, but texting is much less intrusive.

Plus, text messaging often works in places with a poor cellular signal. Even if you can’t make a voice call, a text message can get through. It’s nice to have that extra insurance.

Don’t forget we use our phones in other ways as well. Are you going to be taking a camera? Or will you be taking photos with your phone? Do you need Internet access?

Consider renting a phone to make sure you get all the features you want. You can purchase rental phones for specific countries. There are also phones that will work in any European country, in case you decide to expand the boundaries of your trip.

Prices for rental phones can be as little as $19 per week. Smartphones can run you $50 per week. You’ll get better deals if you rent for an entire month. However, be sure to ask questions and watch for extra charges, like setup fees.

Now, this is just the price to rent the phone. The rental company will charge you for actual use on a per-minute or per-text basis. Expect to pay 30 cents to 90 cents per minute of voice time or per text message. Shop around to find the best package.

Some companies allow free incoming calls or free incoming text messages. When your daughter calls you, for example, it won’t cost you a thing! Be aware, though, that some rental cellphones use U.S. or U.K. phone numbers. In this case, your daughter would be charged international rates when she calls or texts. You’ll want to check your options for those reasons, too.

You may see rental phones that offer data plans for Internet access. No matter the price, data fees add up quickly. However, you can sidestep data fees by using Wi-Fi, which will be available at Internet cafes and perhaps at your hotel.

If you’re traveling overseas and decide to take your own smartphone, avoid incurring a massive phone bill by reading this tip. It will help you. Additionally, if you want to keep in touch with people at home, here’s what you’ll need to know.

Traveling is a lot of fun with the proper planning. Here are some great resources for planning an incredible trip.

Guests will now be required to complete a COVID-19 test prior to departure for their cruise and provide a printed copy of their negative result at check-in—failure to comply with this requirement will result in denial of boarding. https://t.co/kGWMZJYdCU 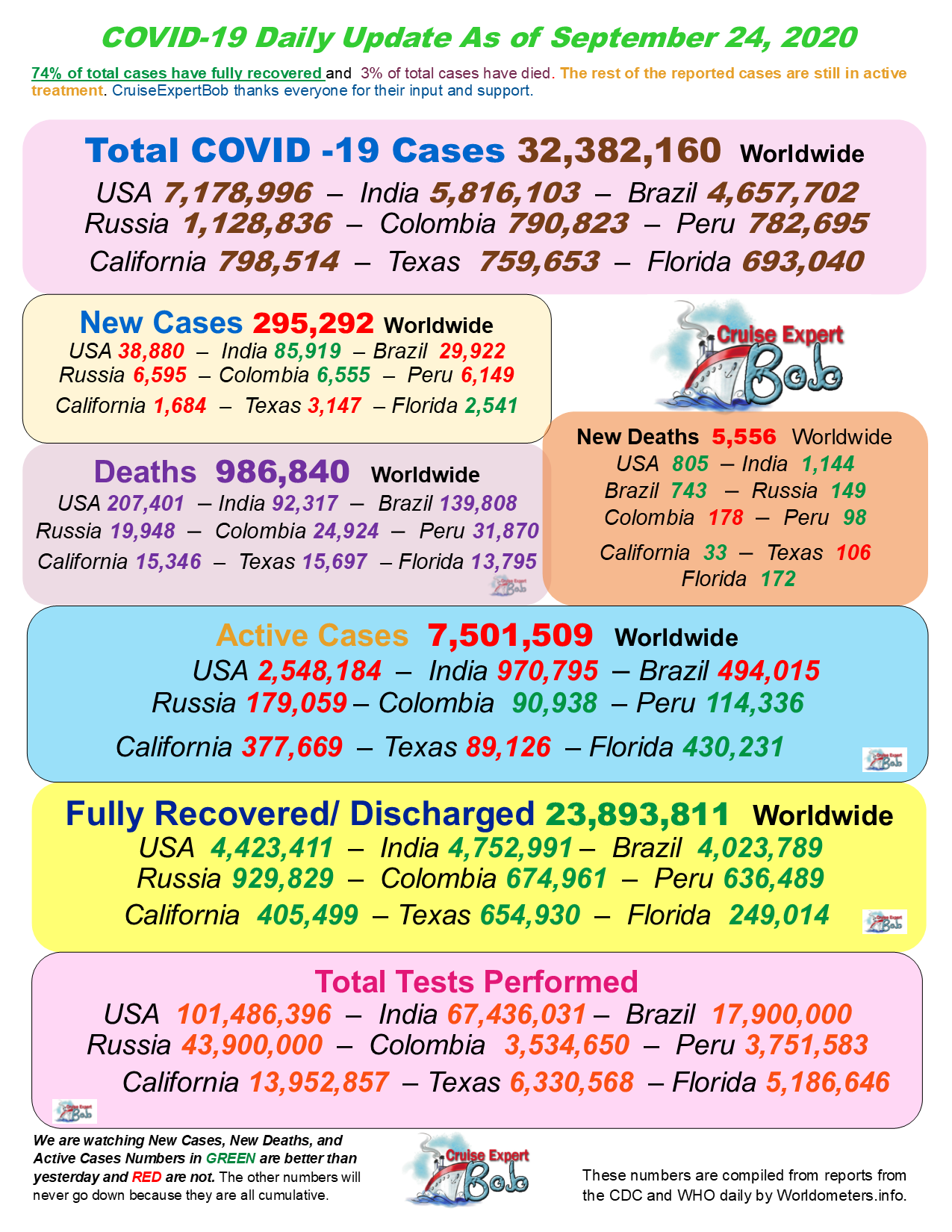 Viking Cruises founder and chair Torstein Hagen has crashed from second to tenth place in a ranking of Norway’s wealthiest people https://t.co/Xk5Mq2t8E3