Alaska is one of the best places in the world to see by cruise ship. Pictured: the Seven Seas Mariner.

Some of the world’s most spectacular landscapes are best seen from the deck of a ship. Joanna Hall names the top five.

There’s always been something magical about travelling by ship. From the salt air and the open ocean, to the endless supply of breathtaking vistas, it’s evolved from a traditional form of travel, to a cool new way to explore somewhere new.

Stunning Milford Sound in the far south of New Zealand is a part of the world that appears at first glance to be too beautiful to be true. Pictured: the P&O Aurora.Photo: Kirk Gilmour

It’s 10pm but there’s still daylight, and in the distance a glacier spilling out of a mountain range reflects the late, glowing sun like a beacon. In the northern hemisphere summer, during cruising season in Alaska, it doesn’t get dark until really late, bringing new meaning to the phrase “dinner with a view” on our Coral Princess cruise.

This impressive Pacific Northwest state possesses over 76,000 kilometres of rugged shoreline, and four million acres of national parklands. It’s a vast expanse of dramatic landscapes and teeming with wildlife, both of which leave its many visitors breathless.

Travelling north from Vancouver, Seattle and San Francisco, hundreds of cruise ships ply the waters of Alaska’s famed Inside Passage between May and early September each year. It’s one of the most popular cruising regions in the world, offering a dizzying array of experiences.

On a typical week-long cruise, you can enjoy a scenic flight over the vast ice fields at Skagway, go bear watching in Ketchikan, explore the old forts of Sitka, or ride a genuine dog sled across the top of the Mendenhall Glacier in Juneau. Although the ultimate lure of an Alaskan cruise is nature, you can still enjoy the show from the deck of your ship, with a pair of binoculars an essential accessory.

During the summer months it’s possible to spot all manner of marine life including orca whales, bald eagles, and caribou from your sun lounge. And the only thing to top it all is the experience of “parking” beside a glacier, an ancient river of ice spilling from a snowcapped mountain into the icy turquoise water.

Oceania Marina is docking on Lisbon’s Tagus River in the early morning, and to say our backdrop is sublime would be an understatement. The ancient Moorish quarter of Alfama, the oldest part of the city and a curious labyrinth of streets, alleys, cafes and shops, is coming alive in the sunlight, and calling us ashore.

Glamorous and diverse, much of the Mediterranean is best explored as our ancestors did, by ship, and the region remains a perennial favourite among cruise fans, enticing them in large numbers each year. There are so many reasons for its appeal.

The climate is one; the days may be short and cool in Italy in the depths of winter, but who cares when the ancient architecture and cuisine of Florence is begging to be explored? There’s also the sublime experience of arriving by ship into the heart of an ancient port, soaking up the sun in a glamorous resort, or visiting a world-renowned museum.

The Mediterranean is also, however, a place where a large number of diverse countries co-exist around a single inland sea. It’s a colourful fusion of cultures, languages and cuisines, which on a cruise can be visited one day after the other, and enjoyed year-round.

While traditional “marquee” ports of call hold strong, such as Venice, Athens, Istanbul and Monte Carlo, new destinations are emerging to fill the growing need for something a little different; the Balearic Islands in Spain, Tunis in Tunisia, Limassol in Cyprus and Sarande in Albania. When it comes to new territory in the Mediterranean, there will always be somewhere new on the horizon for cruise fans to explore.

It’s a picture-postcard sunset as Azamara Quest glides along the Chao Phraya River towards the South China Sea. On the port side is a bustling riverside town coming alive as the cooler early evening hours approach. In contrast, the starboard side provides us with a unique vista of a bright red pagoda poking through a mass of jungle foliage, with the sprawling city of Bangkok as its backdrop.

It’s one of those unique experiences which makes cruising a special way to travel, but also one of many highlights of exploring Asia from the high seas. There’s the lively colour of the Saigon River, the ethereal beauty of Halong Bay in Vietnam, and the jaw-dropping ride into Ocean Terminal in Kowloon, with the panoramic view of Hong Kong’s dizzying skyline at the end.

That’s not all. Cruising Asia also offers diverse experiences, from cultural to leisure. Want to improve your golf swing? It can be arranged on one of Singapore’s beautiful golf courses. Love wide open spaces? Visit Kuala Lumpur’s famous Lake Gardens adorned with butterflies, exotic orchids, and rare hibiscus. Want to try something really different? Hop in a long-tail boat for a breathtaking ride over Phuket’s shimmering waters.

From its sun-kissed beaches and tropical jungles, to its ancient history and exotic cuisine, Asia has never stopped mesmerising travellers. For cruise fans it’s all good news as more territories open up for exploring, with hotspots including developing ports of call in Cambodia, China, Taiwan, and South Korea.

Exploring its unique countries on a cruise ship not only provides travellers with a unique perspective on this diverse region, but it’s also an easy, no-fuss way to go.

As the one of the world’s largest cruise ships, Oasis of the Seas, heads into its private island of Labadee, it is easy to understand why the Caribbean is one of the world’s top picks for a cruise vacation. Its warm, turquoise waters are home to a smorgasbord of landscapes and exotic islands, each with its own distinctive blend of culture, natural wonders, and easy-going charm.

The Caribbean is divided into two primary areas. To the north, there is the Greater Antilles including the Cayman Islands, and the four larger islands of Cuba, Jamaica, Hispaniola and Puerto Rico. The other area is the Lesser Antilles, which includes the smaller islands of the south and east.

You could be forgiven for thinking there isn’t much diversity here, but the Caribbean has a hidden side. Take Dominica, for example, dubbed the “nature island”, it possesses a wealth of natural wonders, with its Morne Trois Pitons National park the first UNESCO World Heritage Site in the eastern Caribbean.

In contrast, lying north of the Venezuelan coast, Curaçao was once a centre for the Caribbean slave trade, but today is a popular destination famous for the colourful architecture of its capital city, Willemstad, reminiscent of a Dutch town.

The islands of the southern Caribbean possess a strong colonial flavour fused with West Indian charm, and as archipelagos go, they are as unique as they are picturesque, with plenty for cruise fans to experience.

As Silver Shadow enters Sydney Heads from the Tasman, one of the most famous harbours in the world stretches before us. Sailing boats and ferries create a lively aquatic landscape in the early morning light, leaving no one in any doubt why Sydney is regularly voted one of the top ports of call in the world by cruise passengers.

Each year, the city sees record cruise ship arrivals from the United States and Europe, and there are more ships and itineraries to choose from, exploring the diverse destinations on offer in Australia and New Zealand.

From the cosmopolitan appeal of Melbourne, Auckland and Brisbane, to the refined elegance of Wellington, it’s easy to “do” the best of Australasia from the comfort of a cruise ship.

As the local market expands, however, it’s no longer all about our larger coastal cities. Nature has a huge part to play in cruising here, with three major draw cards on offer. Queensland’s Great Barrier Reef, and its unrivaled underwater show, is one. The Kimberleys is another, a remote and harsh environment tucked away in the northwest of the country, offering guests not only a wide-eyed venture into an untouched wilderness, but also a key slice of the nation’s history.

Finally there’s stunning Milford Sound in the far south of New Zealand, another part of the world that appears at first glance to be too beautiful to be true. The deep, icy water allows many ships to get in close to see the waterfalls as they drop from sheer volcanic cliffs into the ocean, and tick yet another essential “must-see” from their bucket list. 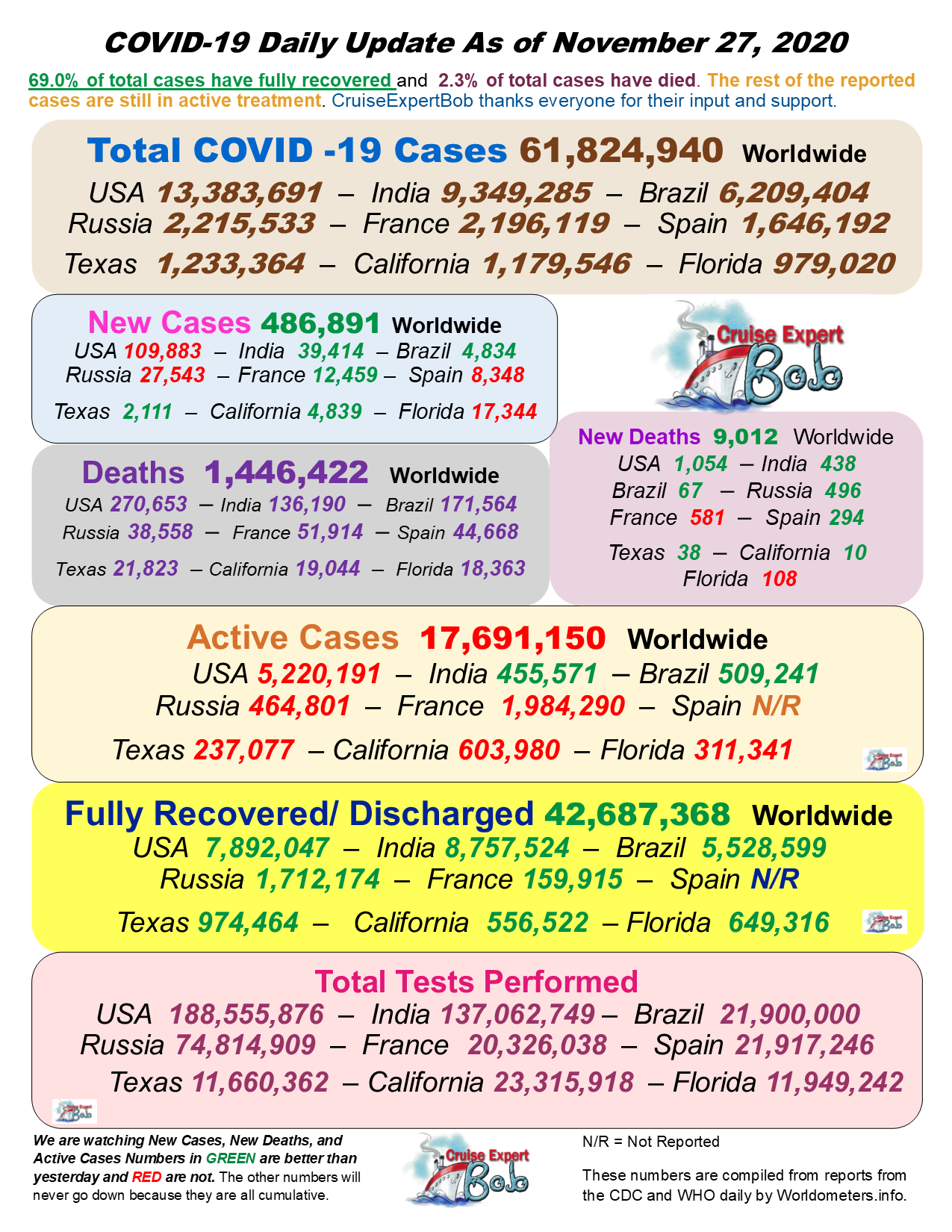