In an industry first, Princess Cruises and FOX Television have joined together this summer to premiere two of FOX’s fall primetime shows across the line’s 17-vessel fleet. Throughout August, passengers on Princess ships will be among the first to view the new programs, “Lone Star” and “Raising Hope” – the only primetime network television shows to premiere at sea prior to their network debut in September.

Passengers can view the pilot episodes of both shows at special screenings on the ships’ Movies Under the Stars poolside screens or in the Princess Theater, and can later also watch the shows on their stateroom televisions. Passengers attending the screenings will also receive a FOX tote bag to use throughout their cruise. In addition, two lucky passengers at each screening will have the chance to win a large tote bag full of FOX items.

“These screenings are an exciting first for us, and we’re pleased to partner with FOX to host the first TV ‘screening room’ at sea,” said Jan Swartz, Princess Cruises executive vice president. “No cruise line has ever offered the opportunity to see primetime premieres a month before they’re broadcast at home.”

“Princess Cruises is one of the most popular travel and leisure brands in the world, so we’re thrilled to give their passengers a first look at our new fall shows this summer,” said Laurel Bernard, Senior Vice President of Marketing, Fox Broadcasting Company. “Our provocative new drama ‘Lone Star’ and the hilarious fun of ‘Raising Hope’ offer Princess Cruises vacationers the ultimate TV getaway.”

The two shows premiering onboard are:

LONE STAR premieres Monday, Sept. 20 (9:00-10:00 PM ET/PT) on FOX. The series centers on a charismatic and brilliant schemer – Robert Allen (newcomer James Wolk) – who has meticulously constructed two lives in two different parts of Texas. In Houston, he’s a devoted husband charming his ultra-wealthy in-laws to cement his position in the rich family business he aims to clean out. More than 400 miles away in the suburban west Texas town of Midland, he lives a second life with his sweet, naïve girlfriend, playing the perfect boyfriend while secretly bilking local investors of their savings.

As he tries to hold his two lives together, while fending off angry investors and the growing suspicions of those around him, Robert puts it all on the line hoping he can beat the odds, leave the schemes behind and keep two separate relationships afloat.

RAISING HOPE premieres Tuesday, Sept. 21 (9:00-9:30 PM ET/PT) on FOX. The half-hour comedy follows the Chance family as they find themselves adding an unexpected new member into their household. At 23 years old, Jimmy Chance (Lucas Neff) is going nowhere in life. He skims pools for a living, parties every night and still lives at home with his family.

Jimmy’s life takes a drastic turn after a chance romantic encounter with a wanted felon. Months later, Jimmy learns his one-night stand is pregnant with their baby, and after she gives birth, he is charged with raising their daughter.

Additional information about Princess Cruises is available through a professional travel agent, by calling 1-800-PRINCESS, or by visiting the company’s website at www.princess.com.

About Princess Cruises:
One of the best-known names in cruising, Princess Cruises is a global cruise and tour company operating a fleet of 17 modern ships renowned for their innovative design and wide array of choices in dining, entertainment and amenities, all provided in an environment of exceptional customer service. A recognized leader in worldwide cruising, Princess offers its passengers the opportunity to escape to the top destinations around the globe, ranging in length from seven to 107 days. The company is part of Carnival Corporation & plc.

Princess Cruises is a proud member of World’s Leading Cruise Lines. Our exclusive alliance also includes Carnival Cruise Lines, Holland America, Cunard Line, Costa Cruises and The Yachts of Seabourn. Sharing a passion to please each guest and a commitment to quality and value, World’s Leading Cruise Lines inspires people to discover their best vacation experience. Together, we offer a variety of exciting and enriching cruise vacations to the world’s most desirable destinations. Visit us at www.worldsleadingcruiselines.com. 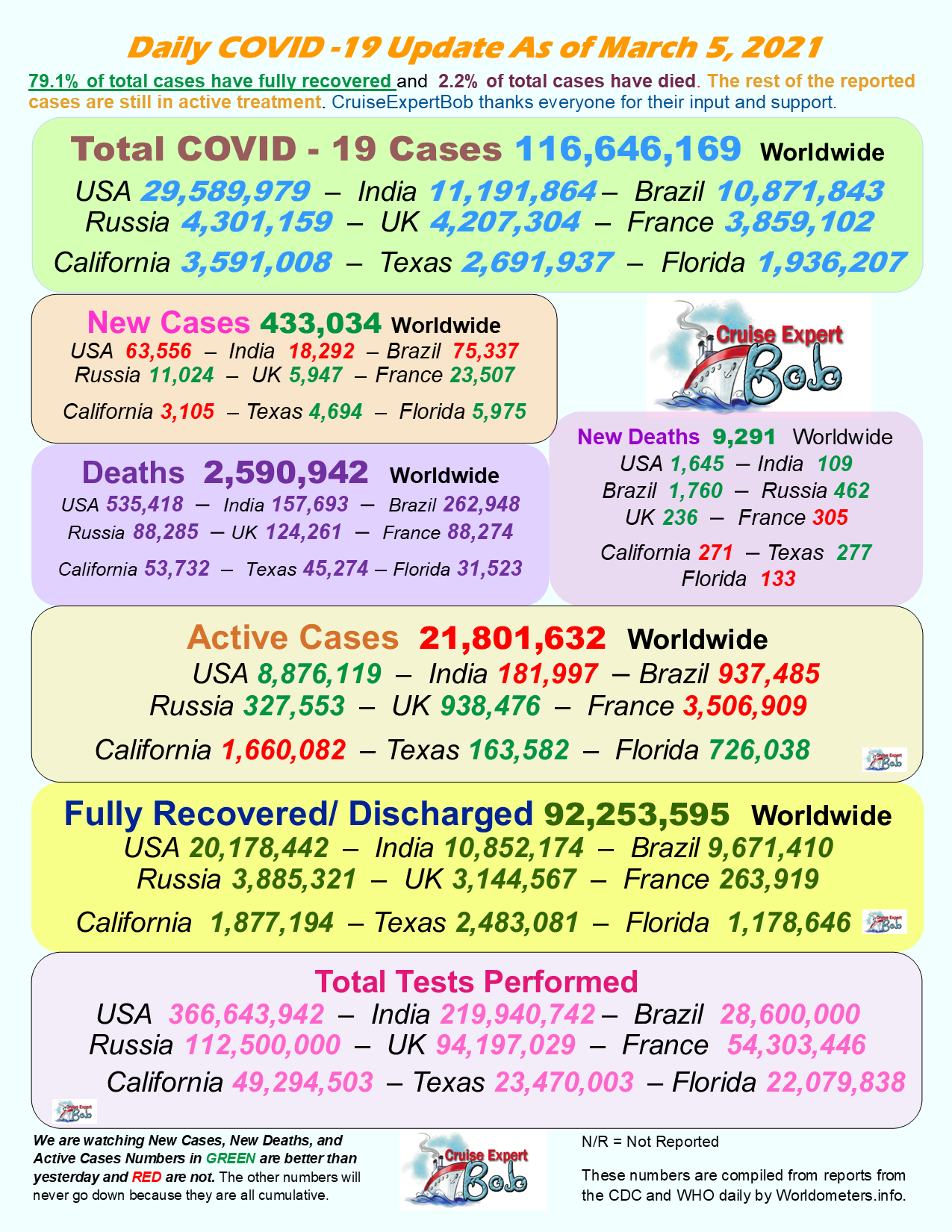