Aboard the Epic, Norwegian Cruise Line’s newest ship, travelers can take a tropical cruise where they can really chill out. NY1’s Valarie D’Elia filed the following report.

From the Blue Man Group, to Blue Ice to singing the blues, there’s plenty to do aboard Norwegian Cruise Line’s newest ship, the 4,000-plus-passenger Epic. The ship was just christened in New York City, but it made its way to Miami, where it will be home porting for seven-day cruises to the Caribbean.

With two other NCL ships sailing year-round out of New York, why should a New Yorker hightail it down south to get on board the Epic? NCL Chief Executive Officer Kevin Sheehan, who claims to be the only New Yorker running a cruise line, says the ship offers an ocean of fun.

“We think that because of the entertainment that we have on the ship, it will attract people to come down,” he says.

Once could call it the floating version of the city that never sleeps. After all, there are 20 lounges and bars aboard the ship and the lineup of nightlife ranges from the Blue Man Group, to the first ice bar at sea to a Fat Cats jazz and blues club.

There’s also a supper club featuring celebrity impersonators that is a bite right out of the Big Apple.

“I think the Manhattan Room would make a New Yorker feel very good. And I think O’Sheehan’s Tavern is a great place for a New Yorker to go, because it’s named after me, and it’s comfort foods and the type of place where you can go to hang out”

The fun’s not just for grown-ups. Kids will enjoy the bowling alley, Nickelodeon-themed shows and events scheduled throughout the cruise. While most of the shows are repeated regularly, passengers are still urged to reserve in advance for some of the more popular ones as online ticketing is available 45 days prior to the sailing date 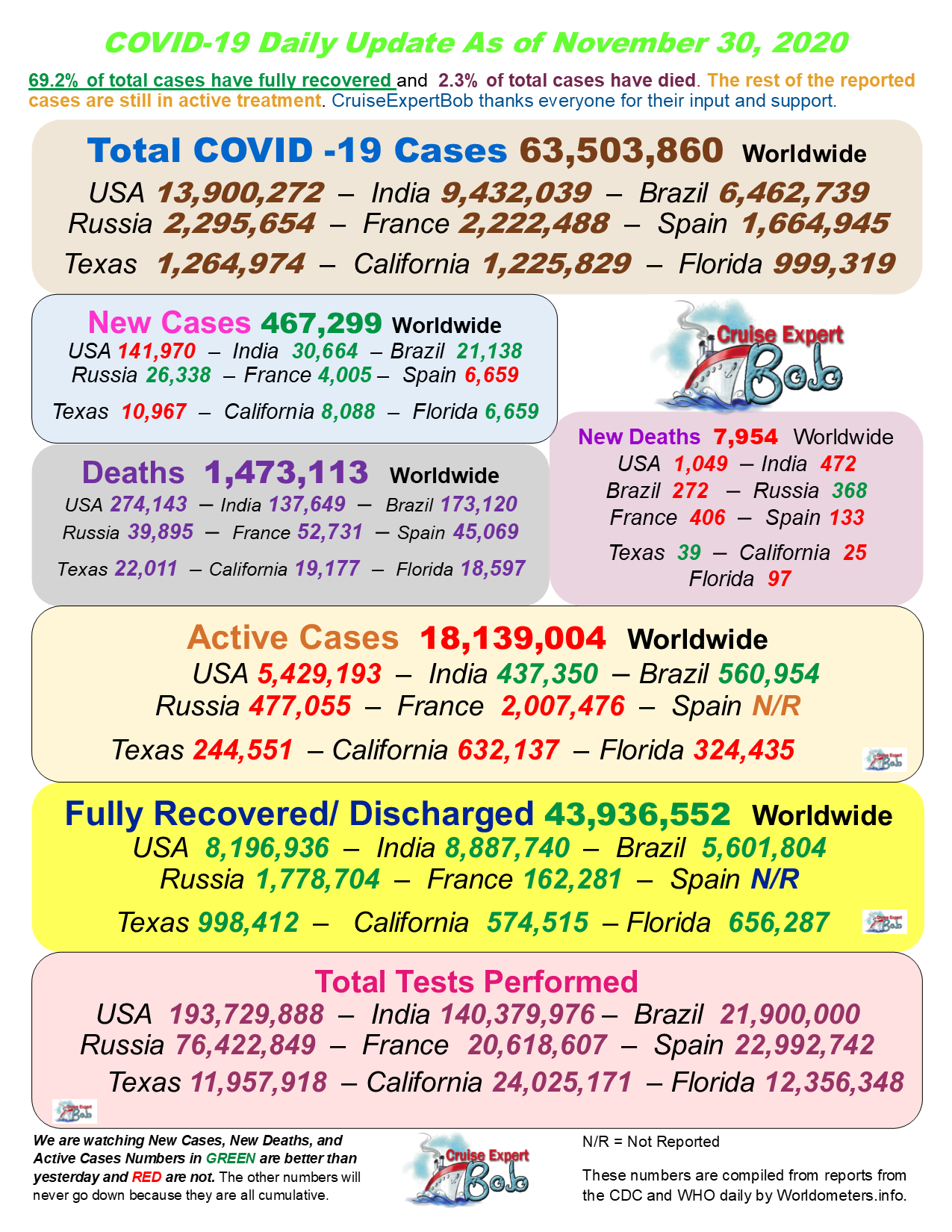 "Within an hour of Pfizer announcing their vaccine, we started getting calls" https://t.co/CHjkBgi6kf

While the FDA has not yet approved Pfizer’s vaccine, the company is already tackling the immense challenge of distribution in a bid to be at the ready when approval is imminent. https://t.co/94j3j17aj6

COVID-19 Daily Update As of November 29, 2020 69.0% of total cases have fully recovered and 2.3% of total cases have died. The rest of the reported cases are still in active treatment. CruiseExpertBob thanks everyone for their input and support. https://t.co/p1HY6EZfjQ 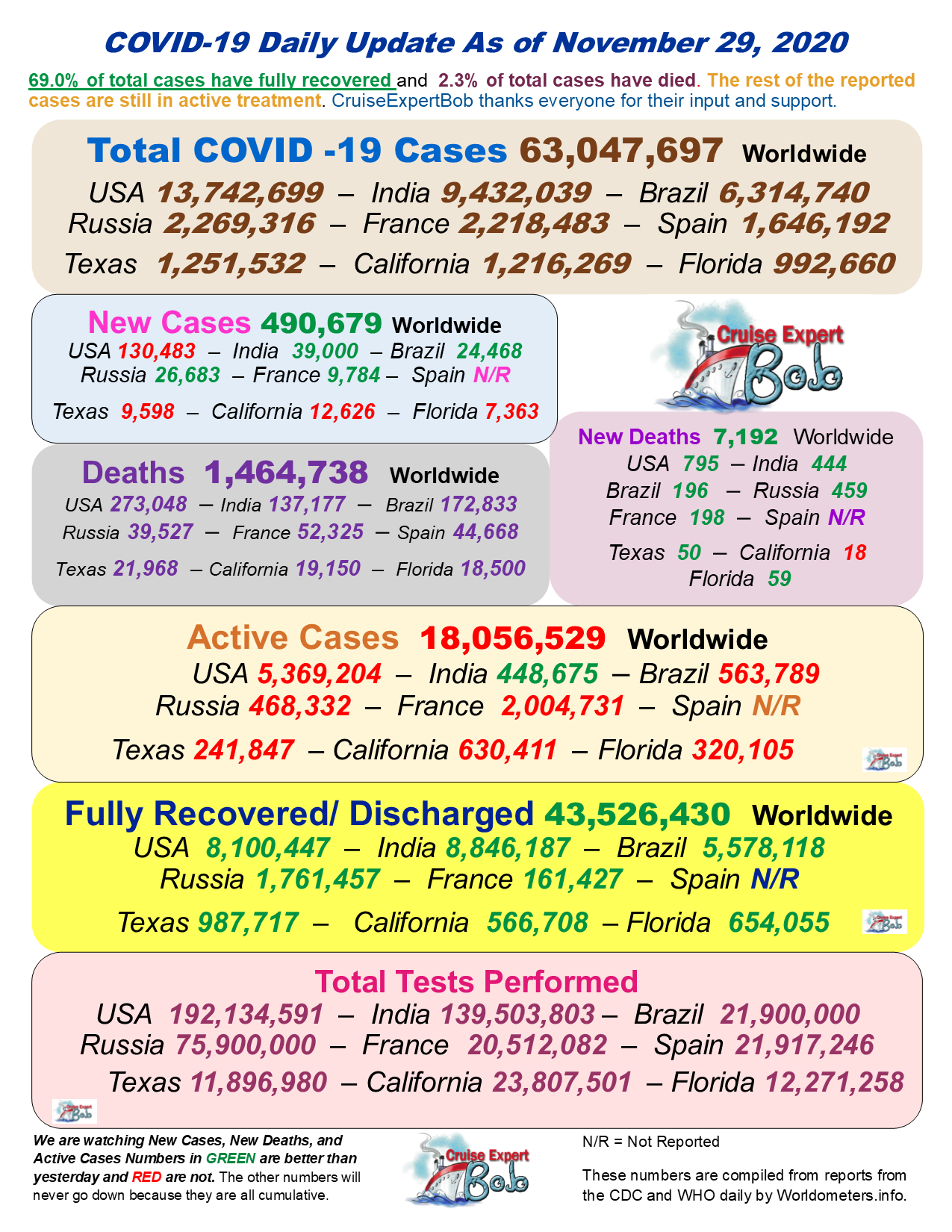