Where do I want to go?

It wasn’t long ago that most cruises took place in the Caribbean. But these days, even the most mainstream lines offer sailings around the globe. Still, not every line goes to every destination. And some lines are stronger than others in particular areas. In Alaska, for instance, two lines — Princess and Holland America — dominate with seven ships apiece. (Industry giant Carnival, by contrast, has just one ship in the state.) The result: Princess and Holland America can package trips to Alaska in a way most other lines can’t. Carnival, on the other hand, always has been a leader in the Caribbean, with more voyages there from more home ports than any other line.

How long do I want to be away?

This can have a huge influence on which line — and ship — you choose. Some lines, such as Carnival, specialize in shorter cruises of three to seven nights. Others, such as Oceania, rarely offer a voyage of fewer than 10 nights. On the far end of the spectrum, a few lines such as Cunard and Holland America operate annual around-the-world cruises of 100 nights or more.

Like hotels, cruises come in a wide variety of price points with features to match.

Mass-market lines such as Carnival offer voyages for as little as $399 per person, per week. Luxury lines such as Seabourn and Regent Seven Seas can charge as much as $1,000 per person, per day. Rates can swing significantly depending on the season (the same cabin on the same ship will cost a lot more during the peak summer travel season than in the fall). And the lead-in price you see in ads often is for a small, “inside” cabin without windows onto the sea. You might pay hundreds of dollars more for an outward-facing cabin with a balcony.

Also, be warned: The upfront cost of a cruise is only part of the expense, particularly for the less expensive, mass-market lines. While companies such as Royal Caribbeanand Princess include most onboard entertainment, activities and meals in main restaurants in the base cost, passengers pay extra for “alternative” specialty restaurants ($10 to $30 per person is typical) and drinks. Most mass-market lines also add a gratuity for the staff that can be as much as $12 per person, per day, and there are additional charges for everything from onboard Internet use to shore excursions. The exception is at the high end, where much more is included in the base fare and extra charges are relatively rare. Luxury lines such as Regent Seven Seas include the cost of specialty restaurants, drinks (including fine wines), gratuities and even some shore excursions in their upfront costs.

Every line has its own personality — and appeals to a different type of person. Carnival, for instance, is known for a gregarious, fun-loving crowd. Celebrity, by contrast, draws a quieter, more style-conscious customer. The two lines operate ships of similar sizes, and often on similar routes and at similar prices, but a regular Carnival customer would likely be miserable on a Celebrity ship — and vice versa.

Am I bringing the kids?

Some lines are much more focused on families than others. In addition to Disney Cruise Line, which has staked its business on families, mass-market lines such as Royal Caribbean and Carnival are leaders in family-friendly cruising, with extensive onboard children’s areas, deck-top water parks, family pool areas and other kid-friendly amenities. In general, the biggest mass-market ships also tend to be the best for families, given the wide range of deck-top activities.

Do I mind being with a crowd?

Cruise ships are getting bigger — with more passengers on board than ever. Royal Caribbean’s 9-month-old Allure of the Seas can carry more than 6,000 people — nearly twice as many as the largest ships a decade ago. Still, you don’t have to be with a crowd if you don’t want to be. There are plenty of smaller vessels sailing to destinations around the globe. New Alaska-focused line InnerSea Discoveries offers voyages to remote wilderness areas of the state on vessels that carry fewer than 80 passengers, and even big-ship lines such as Princess have smaller ships, including several with room for just 680.

In general, the bigger the ship, the more it offers in terms of eateries, entertainment and deck-top amusements.

How much do I care about entertainment?

Some lines, such as Disney, Royal Caribbean and Norwegian, really know how to put on a show, with their ships offering large theaters that stage Broadway-worthy productions. In fact, some offer shows that are fresh off Broadway (and/or Las Vegas), such as the musical Chicago on Royal Caribbean’s Allure of the Seas and the Blue Man Group on the Norwegian Epic. Other lines focus less on onboard entertainment, and its variety and quality even can vary within a line from ship to ship. In general, larger ships offer more elaborate and diverse options than smaller ships, which have less room for large theaters. Some of the smallest ships have no entertainment at all, other than the occasional onboard lecture or port talk.

How important is the food?

Dining always has been a big part of the cruise experience, and all of the lines pride themselves on their selection of restaurants. That said, some cruise lines place far more emphasis on food than others. Lines such as Oceania, Cunard and Crystal have brought in big-name chefs (Jacques Pepin, Todd English and Nobu Matsuhisa, respectively) to design eateries. And diversity also varies widely, with some lines such as Royal Caribbean and Norwegian offering more than a dozen eateries on some ships.

Do I want to get dressed up?

Overall, cruise ships have become a lot less formal in recent years. The days of black-tie nights are virtually gone. But the dress code at sea still varies from line to line — at times notably. Want to keep it super casual? You might want to go with Norwegian, where the “freestyle” philosophy extends to the dress code (even bluejeans are OK at dinner). By contrast, on U.K.-based Cunard, formal nights (black tie for men, evening wear for ladies) still take place several times a week, and passengers wear jackets even on casual nights.

Will I get seasick?

Modern cruise ships are built for stability, with new technologies such as stabilizers that make for smoother sailing than the vessels of a couple decades ago. Weather prediction also has improved, so the captain can know bad weather is ahead and cruise around it. However, the ocean is still unpredictable, so go with a bigger, smoother-riding ship that sails in calmer waters (such as the Caribbean rather than the North Atlantic) if you are prone to seasickness. 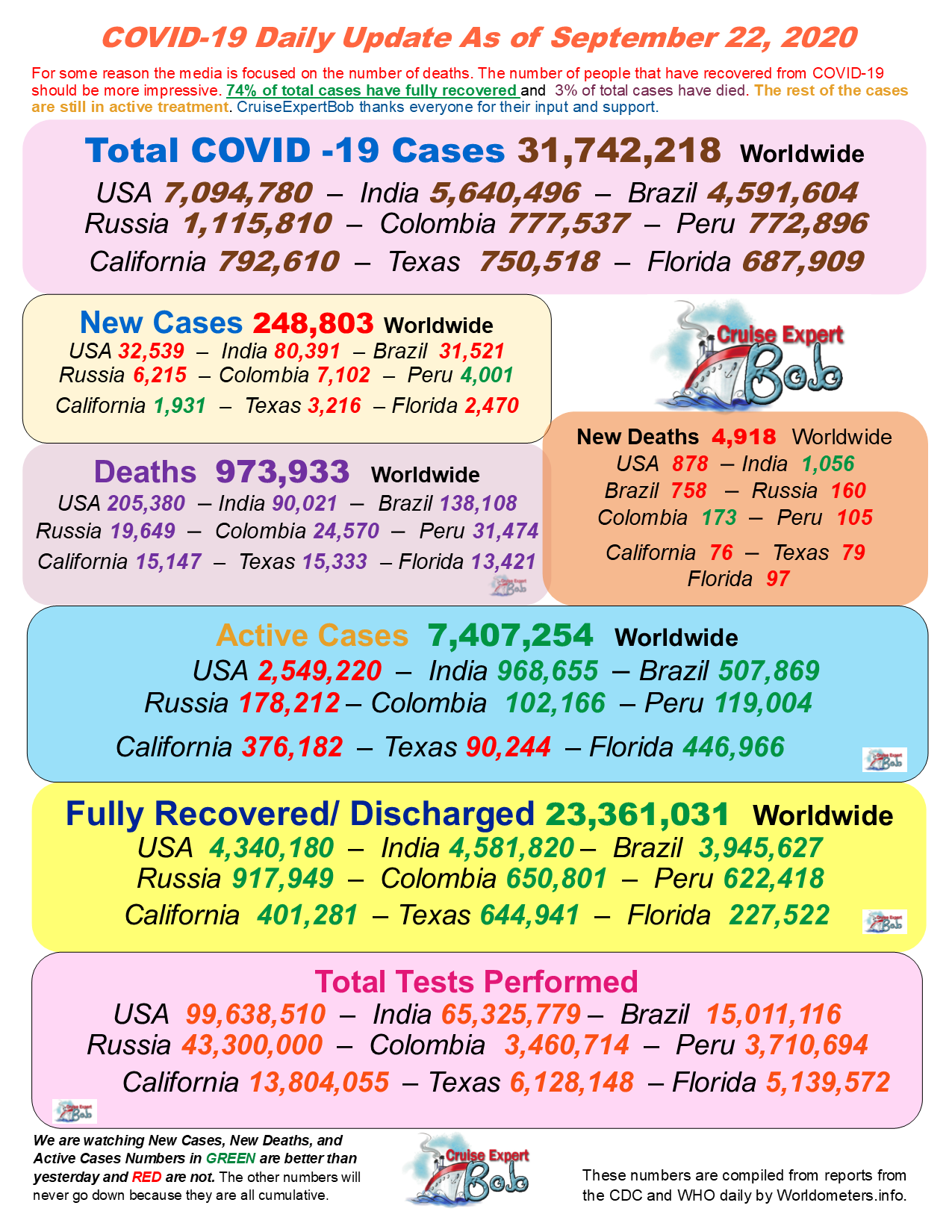