It started back in 2005 when Royal Caribbean Cruise Line added rock climbing walls, mini-golf and ice-skating rinks to their cruise ships. In 2006, they launched the industry’s largest passenger ship, Freedom of the Seas, with an onboard surf simulator called a FlowRider and an H2O Zone aqua park. And the race began.

In 2009, Carnival Cruise Line added an aqua park called WaterWorks to its Ecstasy Cruise Ship at Galveston TX and its Dream Cruise Ship at Port Canaveral FL. Last December, RCCI launched its newest big ship, Oasis of the Seas, with an H2O Zone and two FlowRiders.

And if that is not enough, here comes Norwegian Cruise Lines launching its Norwegian Epic on July 10, 2010. The race continues to see which cruise line can launch the biggest ship with the most attractions at sea.

During July 2010, Norwegian Cruise Line expects to add a waterslide to each of four ships — Jewel, Jade, Pearl and Gem. And Costa Cruises plans to add waterslides to seven of its ships. The marketing objective is to attract the bread and butter family segment.

The worldwide database of hotel waterpark resorts open, under construction and in development is maintained by Phoenix AZ-based JLC Hospitality Consulting, which reports a surge in waterpark features opening on cruise ships during 2009 and 2010. As the economy improves, people are starting to spend money on vacations again. That’s good news for the mostly-Florida based cruise industry.

Royal Caribbean’s Oasis of the Seas Has Many Firsts

Oasis of the Seas is the largest cruise ship at sea. It is the first to have a carousel, a full Broadway show, a zipline, two FlowRiders, a beach pool and an aqua theater that offers synchronized swimming and high-dive performances.

Cruise consultant Jennifer Crivelli offers this advice: “Mom can visit Central Park right on Deck 8, complete with trees, gardens and dining. In the evening, she can attend the Broadway musical Hair Spray on board in the Opal Theater. She can even visit the Vitality at Sea Day Spa to enjoy a massage or facial. Dad can spend his days at sea on Deck 16, practicing his surfing on the FlowRider in the H2O Zone. Who wants to climb a mountain, when you can climb a 30-foot rock wall a hundred feet above the ocean? And there is even a zipline. Sports practice is not a problem either. Oasis of the Seas has a full-sized basketball/volley court and fitness center in the Sports Zone. At the beach, Junior can walk the Boardwalk, eat cotton candy and ride the carousel. Sis can lounge by one of the four pools and work on her tan.”

Royal Caribbean Cruises Ltd was formed in 1969, has 20 ships in operation and visits 251 ports in 76 countries. Richard D. Fain is chairman & ceo. For more, go to www.royalcaribbean.com.

On July 17, 2010, Norwegian Cruise Line is launching the Norwegian Epic, which will sail year round from Miami for 7 night tours of the Eastern and Western Caribbean. The Norwegian Epic is by far the most anticipated new ship launch this year, introducing new features such as 128 solo studios (100 sf) for singles, curved walls, lots of balconies and Blue Man Group in the Epic Theater.

Aqua Park is the ship’s expansive deck-top water play area. The family-friendly zone includes the only tube slide and largest bowl slide at sea — bound to be a big hit with the under-18 set. The tube slide twists and turns down three stories. The Epic Plunge is a family raft goes down a slide, spins around the inside of a bowl and then drops 200 feet into a splashdown lane. A third waterslide, designed for younger children, zips straight through the rock climbing wall The Aqua Park has two main pools with arching water effects that illuminate at night, 5 hot tubs, a wading pool and a kid’s pool with play toys, water sprays and a small slide. For the active passenger, the Epic offers the most sports & fitness options in the Norwegian fleet. Along with three waterslides, a tradition pool and fitness center, the Epic features batting cages, rock climbing wall, rope rappelling, bowling alleys and basketball court.

Unlike Royal Caribbean Cruises and Carnival, Norwegian Cruise Line is not a publicly traded company in the US. It is half owned by Apollo Management LP, a private equity firm and half owned by Genting Hong Kong, which is publicly traded on the Hong Kong stock exchange. Genting’s portfolio includes land-based resorts, cruise ships, casinos and entertainment venues.

NCL’s ceo is Kevin Sheehan and Apollo Management partner is Steve Martinez. Apollo, a private equity firm, is one of NCL’s owners. For more go to www.ncl.com.

Carnival got in on the waterpark craze in 2009 when it added four waterslides on the new Carnival Dream. By year end 2010, Carnival plans to add its branded WaterWorks aqua park and a Twister waterslide to seven of its cruise ships.

The biggest thrill is the Twister, a 4-deck high corkscrew that runs 303 feet long, currently the longest at sea until Disney Dream debuts in 2011.

The Carnival Splendor and six of Carnival’s eight Fantasy-class ships have all been retrofitted with WaterWorks features.

Elation and Paradise each have 2-deck high Twister slides and are scheduled to get the works within the next few years.

The rest of the Carnival fleet all have 3-deck Twister slides that range in length from 72 feet to 214 feet.

Waterslides are the latest must-have cruise features. With each new ship that is outfitted with waterslides and rides, the cruising experience becomes more and more like a land-based resort. For more, go to www.carnival.com.

Costa Cruises offers less thrilling waterslides aboard seven of its ships, including Fortuna, Magica, Concordia, Serena, Pacifica, Mediterranea and Atlantica. On the Costa Atlantica, there are two outdoor swimming pools; but one can be used during foul weather because it is covered by an airtight macrodome which has a retractable roof. The children’s pool has a 2-story winding waterslide.

Costa ships, known for artwork, pasta and gelato, sail Europe and the Caribbean with activities for kids. Costa Cruises is an Italian company that has been a subsidiary of Carnival Corporation since 2000. For more, go to www.costacruise.com.

In January 2011, the Disney Dream will trump all its cruise competitors when she debuts a theme park style water flume ride that shoots riders out over the edge of the ship high above the ocean. “Driven by land-based waterparks and their unique ride experiences, there is definitely a trend to go larger, faster, more exciting and more experiential,” says Andrew Mowatt, vp of resorts for Whitewater West, which designs and manufactures most of the waterslides for the cruise industry.

Riders will board a 2-person raft and be propelled by high-powered water jets on a high-speed rider around the perimeter of the ship’s top deck.

The Aqua Duct takes passengers 13 feet out over the edge of the ship inside a transparent acrylic tube, 150 feet above the sea.

The ride zips past the Tween Kid’s Club and glides through 335 feet of river rapids before the final splashdown. Special lights inside the flume make it exciting at night. For more, go to www.disneycruise.disney.go.com.

The Race Is On!

The race to see which cruise line can launch the biggest ship with the most attractions is powered by three major firms that have been creating indoor-outdoor waterpark resorts for years: ProSlide, Whitewater West and Wave Loch.

ProSlide Technology Inc makes the Twister, which is part of WaterWorks aqua park found on Carnival’s Ecstasy and Dream cruise ships. Twisters are being installed on 7 other Carnival cruise ships by year end 2010. The Twister is a classic body flume waterslide that carries one rider at a time. First installed at Mont St Sauveur in Quebec in 1987, the Twister can be seen at Six Flags America and Disney’s Typhoon Lagoon. It is ProSlide’s most popular product installed in more than 600 locations worldwide. ProSlide is a world leader in the design, engineering and manufacturing of fiberglass water rides and the vendor of choice for waterpark resorts — whether land-based or floating at sea. Based in Ottawa, Canada, Rick Hunter is ceo and Jeff Janovich is vp sales. For more, call 613-526-5522 or go to www.proslide.com.

Whitewater West Industries, based in Vancouver BC, installs many of the waterpark features and waterslides to the cruise industry. Despite a global recession and slowdown in the new construction of land-based resorts in North America, Geoff Chutter, ceo, and his 400 employees took on $103 million worth of waterpark work last year, 90% of it outside Canada. Whitewater West recently added waterslides and waterparks to 12 Carnival cruise ships. They provided the SuperBowl slides for the Norwegian Epic being launched July 17, 2010 in Miami. The SuperBowl takes the inner tube experience to exciting new levels. Riders launch into it pinned to the wall by powerful centrifugal forces as they orbit toward the center before the final splashdown. And they are working on the Aqua Duck scheduled to debut on the Disney Dream cruise ship in January 2011. For more, call Andrew Mowatt at 604-273-1068 or go to www.whitewaterwest.com.

Wave Loch Inc’s founder and ceo Tom Lochtefeld, a La Jolla CA surfer-native, invented the FlowRider in the early 1990s. The FlowRider is a large curved platform made to simulate the shape of a wave with an endless flow of water rushing under your boogie board or surf board. Flowriding is a relatively young sport which is fast gaining momentum in more than 100 locations worldwide — including land-based resorts and cruise ships at sea. Lochtefeld installed the first on-board FlowRider for Royal Caribbean Cruise Line in 2006. In 2009, he installed two FlowRiders on RCCI’s Oasis of the Seas cruise ship as part of their H2O Zone aqua park. For more, call 858-454-1777 or go to www.waveloch.com.

Resort owners, cruise line executives and families all love waterparks. In the mid 1990s, the outdoor waterpark came indoors and under cover. Development of hotel indoor waterpark resorts exploded on the scene during the last decade — creating a network of regional resort destinations.

In 2009 and 2010, there continues to be a surge of waterpark and waterslide construction on board cruise ships —- providing a competitive edge for a few cruise lines that want to attract FAMILIES, the bread and butter market during a tough economy 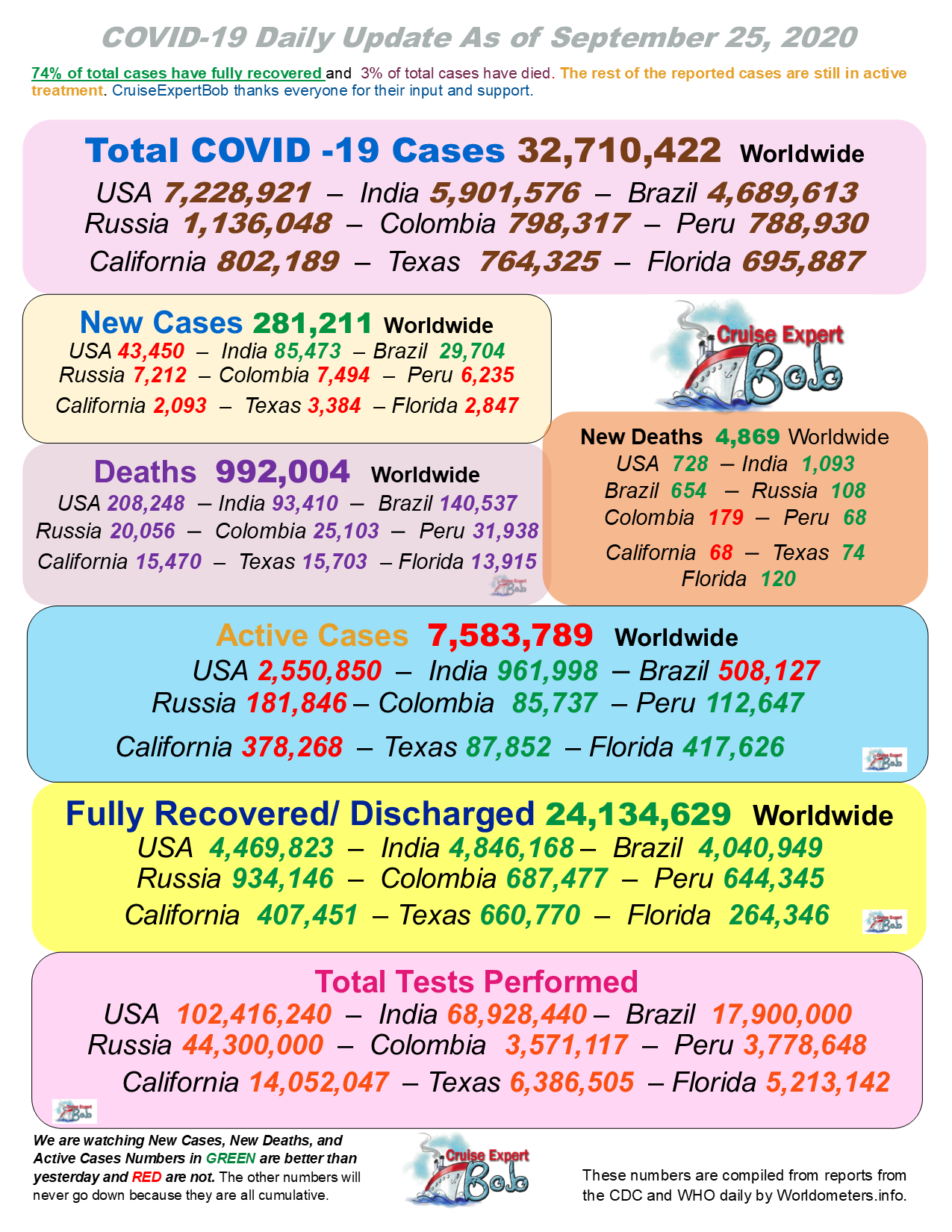