TURKU, Finland — Could the 5,400-passenger Allure of the Seas be the new “world’s biggest cruise ship?”

That’s the question that was hanging in the air this week as Royal Caribbean offered cruise writers a sneak peek at the soon-to-debut sister to the much-ballyhooed, ten-month-old Oasis of the Seas (the current record holder for size).

Over a two-day visit to the still-under-construction vessel at the STX Europe shipyard in Turku, Finland, the subject came up a number of times in discussions with executives (click HERE for our extensive Photo Tour of what we saw while touring Allure).

Royal Caribbean CEO Adam Goldstein was coy on the topic, though he jokes he considered having the shipyard build him a box representing exactly one gross register ton so he and his colleagues could march it over to the ship with cruise writers in attendance to help set a new record.

Executives noted that small differences in the interior layout of the two vessels could result in slightly different gross register ton measurements. Still, “essentially, they are the same,” Goldstein says.

Goldstein was nothing but upbeat when talking about Allure, which is scheduled to be delivered from the shipyard to the line on Oct. 28 and begin sailing its first season of voyages in the Caribbean in December.

“Because of the amazing success of Oasis of the Seas that we have had on a weekly basis, we can come here and say that we know that the concept works,” Goldstein notes.

While similar to Oasis, Allure will have a number of new features, including the first GUESS store at sea, a Mexican restaurant called Rita’s Cantina and the line’s first churrascaria restaurant (pictures of several of these areas as they look now are included in our online Photo Tour). Allure also will have a number of new entertainment options, including a production of the Broadway musical Chicago and Dreamwork character-infused ice shows, AquaTheater shows and parades.

“We try to have each (Royal Caribbean) ship have its own personality, and Allure truly will be the ship of entertainment,” notes Royal Caribbean senior vice president for hotel operations Lisa Bauer.

As is evident from our Photo Gallery of pictures taken during the tour, Allure is very near to completion, with many of the public spaces and cabins finished or nearly finished. Executives say the vessel’s construction is ahead of schedule, though Goldstein says the line won’t be moving up inaugural activities planned for November or the maiden voyage scheduled for Dec. 1.

While representatives of the CDC were including in discussions with CLIA, there is has been no word as to whether the agency will extend their current no-sail order which expires September 30th. CLIA members have extended their vol…https://t.co/5Q8xPp1Ucw https://t.co/rXXRrLF7NK 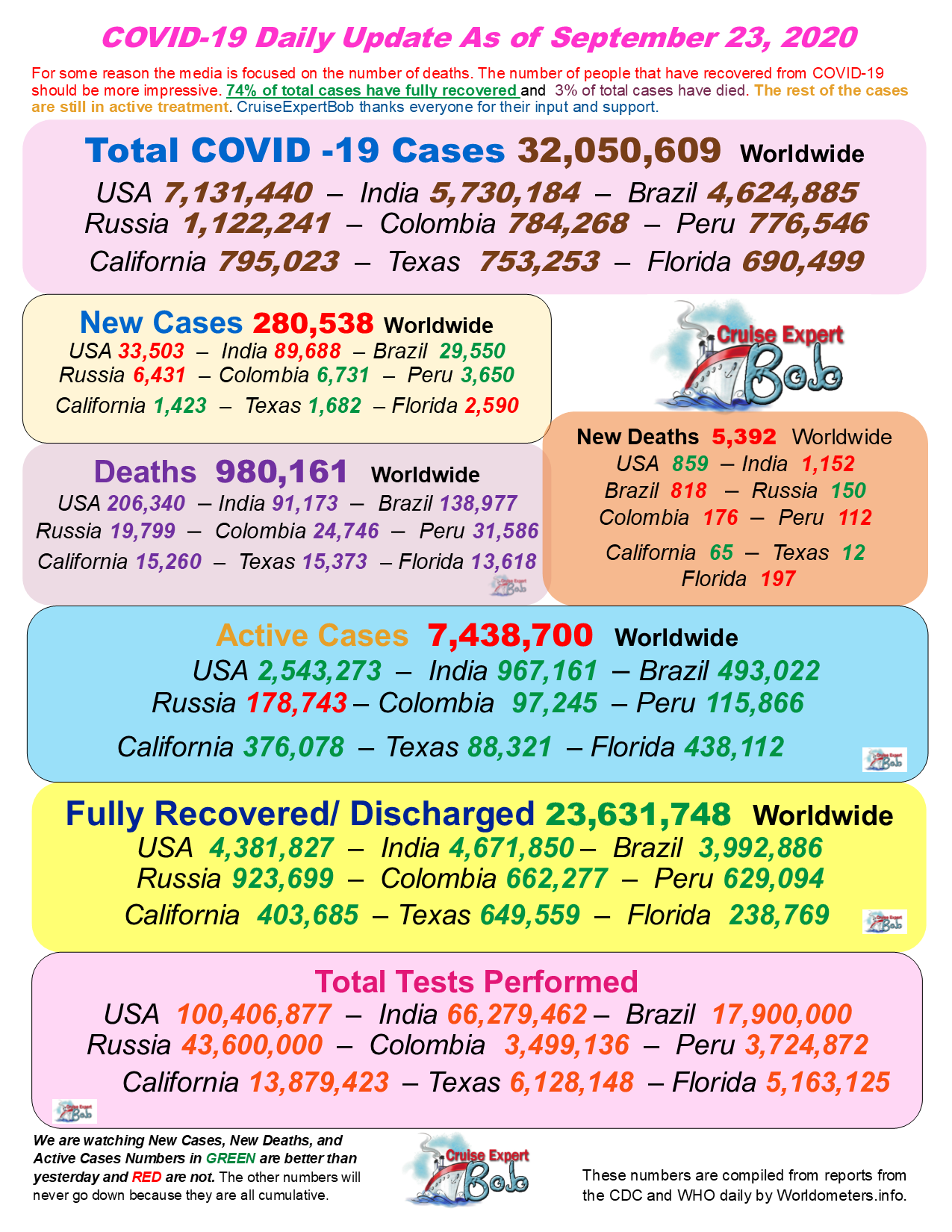 Three river cruise lines that have resumed sailings have sounded an optimistic note about 2021 bookings. https://t.co/YgxikgxtTZ

The cruise industry hopes to gradually phase in the restart of operations, perhaps even with shorter itineraries at first https://t.co/BI8NxYLWrk